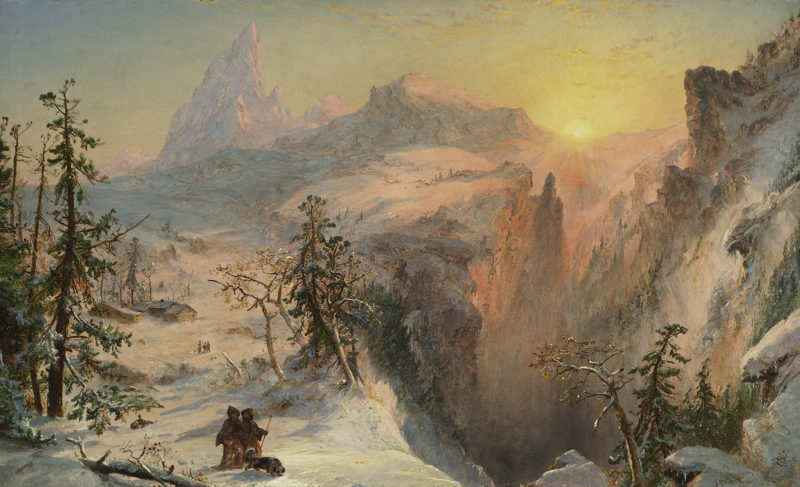 Private collection, Florida, acquired from above, 2007

Note: Winter depicts the Simplon Pass in Switzerland. According to Dr. Kenneth W. Maddox of the Newington-Cropsey Foundation, this work belongs to the Four Seasons series Cropsey painted between 1858 and 1861. By including this view of an Alpine pass in Switzerland, as well as a view of an English rural scene, a scene of Italian ruins, and an American autumnal scene in the Four Seasons series, Cropsey intended to show that American landscapes were on equal footing with European landscapes.[1]