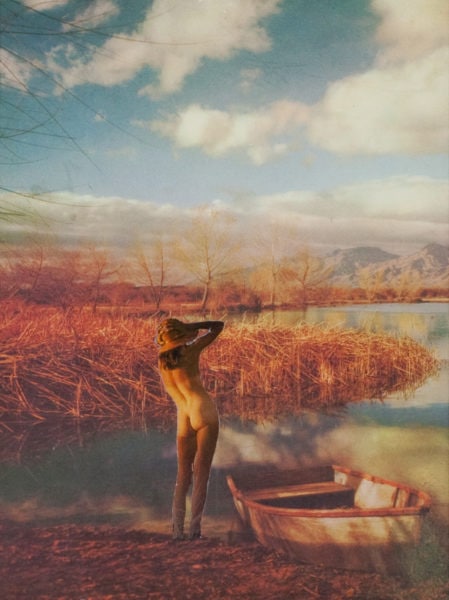 Note: In his collage work, Cornell made use of popular magazines, photographs, and other clippings. This collage most likely derives from a Kodachrome (color film of the era) image in National Geographic. Since the magazine would bleed images to the paper’s edge, Cornell may have easily borrowed this image without cropping it to fit it on the board. The cutout of the nude figure is probably from Gent Magazine, a men’s periodical from the early 1960s. The typed collage on the reverse was clipped from an article written by T. H. Benzinger in Scientific American (January 1, 1961). The text reads, “THE HUMAN THERMOSTAT. A newly discovered sensory organ in the brain precisely measures the body temperature and trips the heat-dissipating mechanisms that maintain the temperature within a fraction of one degree.”