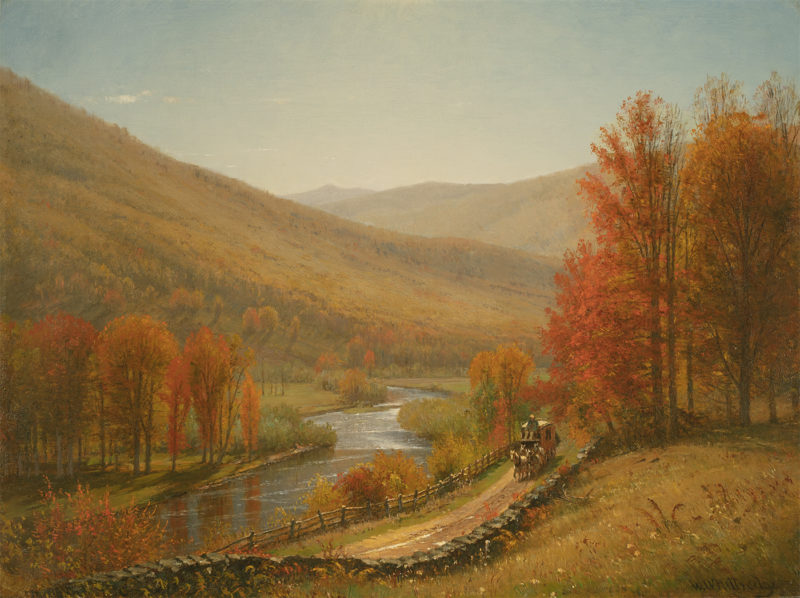 Scene on the Upper Delaware River

Note: The painting shows the type of coach that provided transportation in the Catskills until the early 1880s. What would now be 15 minutes of travel took two hours in the horse-drawn vehicles of the time.