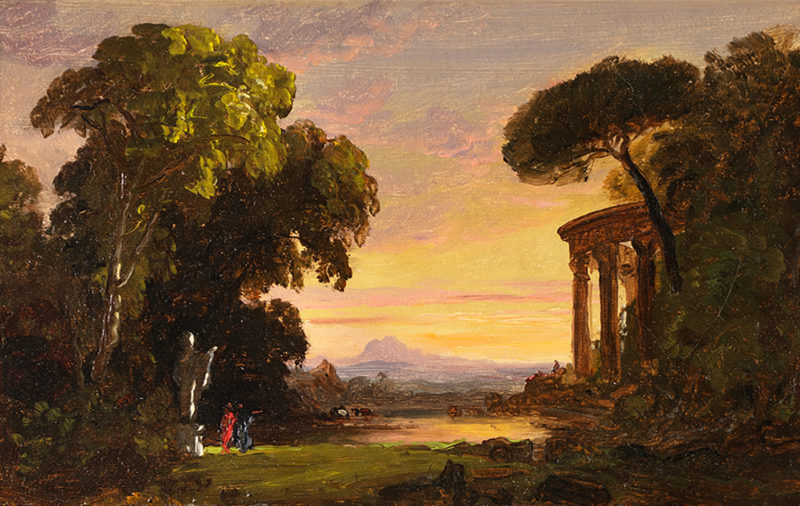 Note: According to Dr. Kenneth Maddox, the architecture pictured is likely inspired by the Temple of Sibyl in Tivoli.

This painting will be included in the forthcoming addition to the catalogue raisonné of the artist’s work by the Newington-Cropsey Foundation.