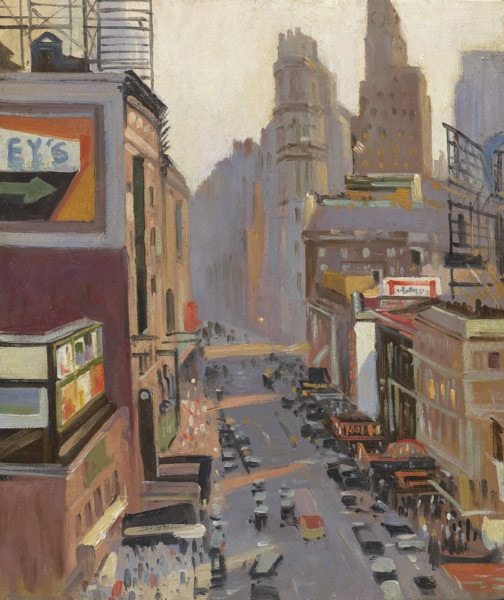 Born in Philadelphia, George Oberteuffer is best remembered for his impressionist landscapes and city scenes. After attending Princeton University, Oberteuffer studied at the Pennsylvania Academy of Fine Arts under William Merritt Chase and Thomas Anshutz, and later earned a graduate degree from the Art Institute of Chicago. In 1905, the young artist travelled to France, where he would spend the next nineteen years living, studying, and working, primarily in Paris. While studying at the Académie Julian, Oberteuffer met French artist Henriette Amiard, and the two soon married. Oberteuffer quickly became an active member of the Paris art world, elected Sociétaire

This painting is no longer available. Please contact us for similar works or more information.