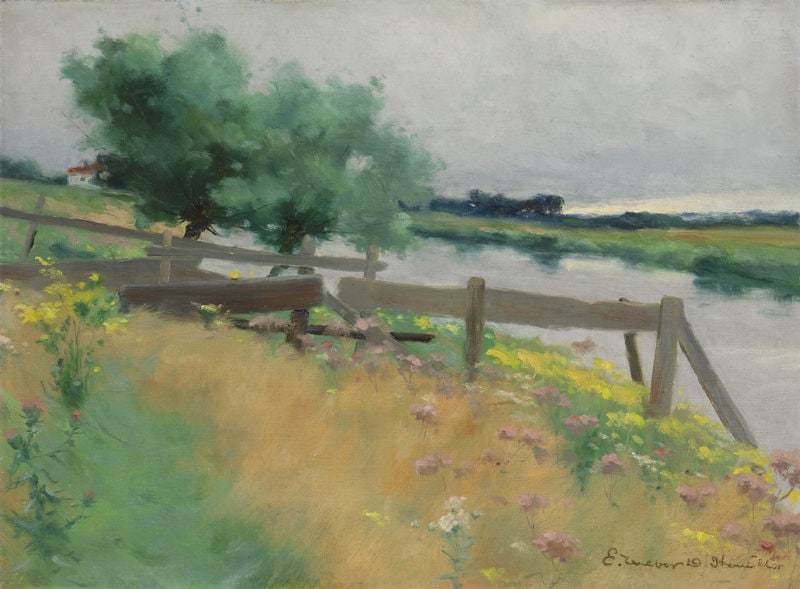 Note: Grez-sur-Loing, France, is a village outside of Paris on the edge of the Forest of Fontainebleau and was known as a popular artists’ colony in the late 1870s and 1880s. Its proximity to Barbizon and Paris explains its appeal for plein air painting. The location was important to American impressionists, such as John Singer Sargent, Willard Leroy Metcalf, Theodore Robinson, and Robert William Vonnoh.