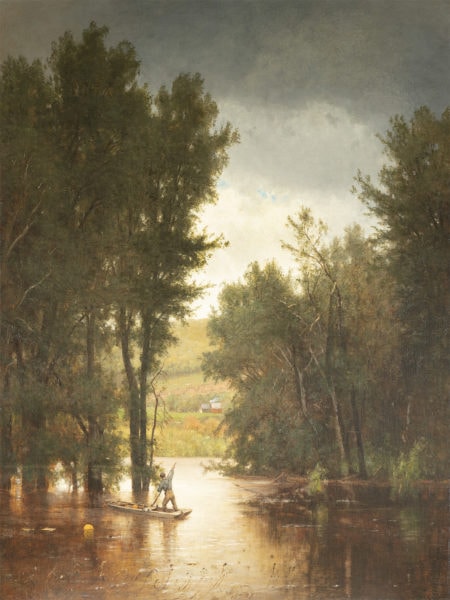 Note: Worthington Whittredge began painting forest interiors in the 1860s, after returning from years of study in Europe. According to Donald D. Keyes and Heidi Domescik, this work depicts a farmer
harvesting pumpkins after a rainstorm and demonstrates Whittredge’s merging of Hudson River School and Barbizon styles. In 1880, writer S. G. W. Benjamin noted the artist’s success in his publication Art in America, saying, “As a faithful delineator of the various phases of American wood interiors, Mr. Whittredge has deservedly won a permanent place in popular favor.” The related work is believed to be a study for this painting.